We dare to take an optimistic look at the W-film cinema releases in 2021: Jim Rakete's dedicated climate documentary "NOW" has been postponed to 11 March 2021 and the fabulous French comedy "Notre Dame" is still without a new release date for the time being. However, we very much hope that on 11 February 2021 we will finally be able to release another film in cinemas with the fascinating film essay "The Naked King – 18 Fragments on Revolution". Should this not be possible due to the pandemic, we will alternatively release the film in the W-film online cinema at https://www.wfilm.de/en/the-naked-king/film-dvd-bluray-vod and share revenues with cinemas. "The Fever" about the global malaria crisis is also expected to generate discussion with special screenings in cinemas from 29 April 2021. Let's hope for the best! 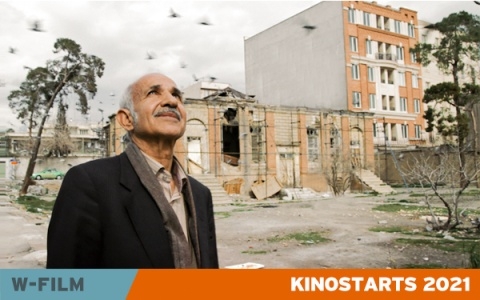 More about the films

Revolutions intoxicate entire nations. But what is it that makes them so fascinating? Bruno Ganz narrates this fascinating film essay about people and their hope for change. Winner of the main prize "DOK.international Main Competition" at DOK.fest Munich.

Theatrical release: 11 February 2021 on the 42nd anniversary of the Islamic Revolution / alternatively in the W-film online cinema
Film website, Trailer

Cult photographer Jim Rakete meets the generation of young climate rebels. Why did they become activists? What is at stake? The documentary, conceived by bestselling author Claudia Rinke, incites imitation. Quite deliberately – so that the youth of today also have a future tomorrow. An important film for the green turnaround!

Malaria has killed more people than all the diseases and wars on earth combined. Now Covid-19 brought the world to a standstill, but the malaria parasite rages on unnoticed south of the Sahara. Black Lives Don't Matter? A stirring documentary about the global malaria crisis and the promising healing plant Artemisia annua.

O mon Dieu! The lively Parisian architect Maud doesn't know where her head is anymore: her boss is pestering her all the time, her ex is besieging her bed and, oops, now she's pregnant. So it is both a blessing and a curse that Maud magically wins the most coveted tender in town: she gets to redesign the forecourt of the Notre Dame. A fabulous French comedy by and with Valérie Donzelli!